Deja Vu … The past and future colliding 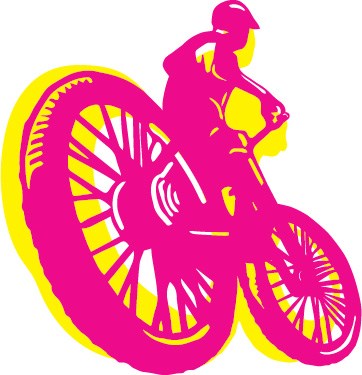 Deja Vu Mountain Bike Relay is a fitting name for this event on so many levels. The idea of riding a lap over and over again in a set amount of time might make one think they are playing Bill Murray’s role in Groundhog Day. For me, the Deju Va portion of this event was the reliving of so many mountain bike team relay events from my past while creating many new memories, and seeing what the future might look like for this awesome event. During all of the 24 hours of Canaan, Snowshoe, Moab and Big Bear events in which I participated, I never once thought I would be doing a similar event with my family. Bringing the family aspect to such a fun event is the brainchild of event promoter and friend Dusty Burchnall.

The originator of 24 hour mountain bike team relay racing was Laird Knight. Laird, an early mountain bike pioneer, fully understood the camaraderie aspect of mountain biking and wanted to bring the team aspect to the early 90’s race scene. Until one does a team relay mountain bike event, they don’t understand the attraction or addiction some riders gain from such events. Unlike most mountain bike races where the course is the attraction element for riders, the team aspect is what made mountain bike relay races blow up 25 years ago. I remember passing on the opportunity to do the inaugural 24 hours of Canaan in the summer of 1992. On that June evening Chris Scott and I sat in a booth at Sirianni’s Pizza in Davis West by God Virginia, making a stop over on our travels to a race in Ohio. We sat there eating pizza with Laird Knight while listening to the riders in the booth behind us talking about their unknown upcoming adventures. The feeling that Chris and I were going to the wrong event was growing inside, history was being made and we were about to drive away. 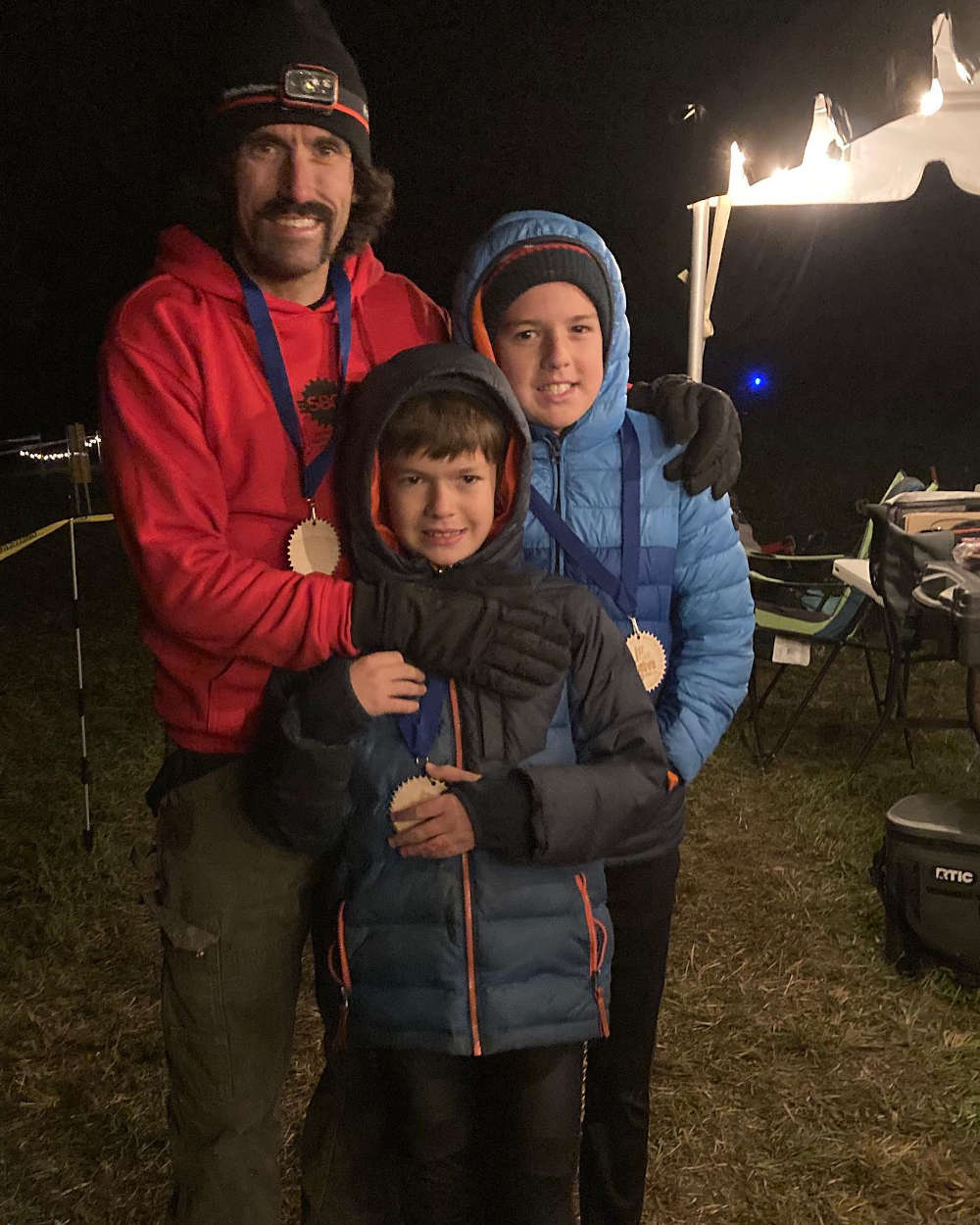 Now I jump ahead almost 30 years later with two boys (Ethan 11, Carter 9) who I would not classify as mountain bike lovers, but they are sport enthusiasts who like fun events. I was not sure if the Deja Vu event would spark their interest enough to get them to register, but after my initial invite, Ethan jumped on the chance to do any sporting event. Carter was not far behind with excitement, especially after we went out to pre ride the fun 5 mile course that traversed the lower western slope trails of Massanutten. Any parent of a sport minded kid knows that youth have not been able to scratch this itch for the past 6 months; for many kids this was their opportunity.

I was not able to talk my wife Julie into riding with us, but she was a vital piece of our team. Julie had the experience of being a part of mountain bike relay adventures in the past, she just had to Deja Vu back 20 years. That is the thing about mountain bike team relay events, it involves much more than riders themselves. These events allow and encourage others to participate and have as much fun as possible. The early years of 24 hour racing was jam packed with fun, spectators figuring out any way to participate, those creative juices were stamped and signified so many great events. Dusty’s event encouraged any family member to participate, riding or not is the heart of the Deja Vu. Having the whole family do something together goes to the core of what Dusty believes. 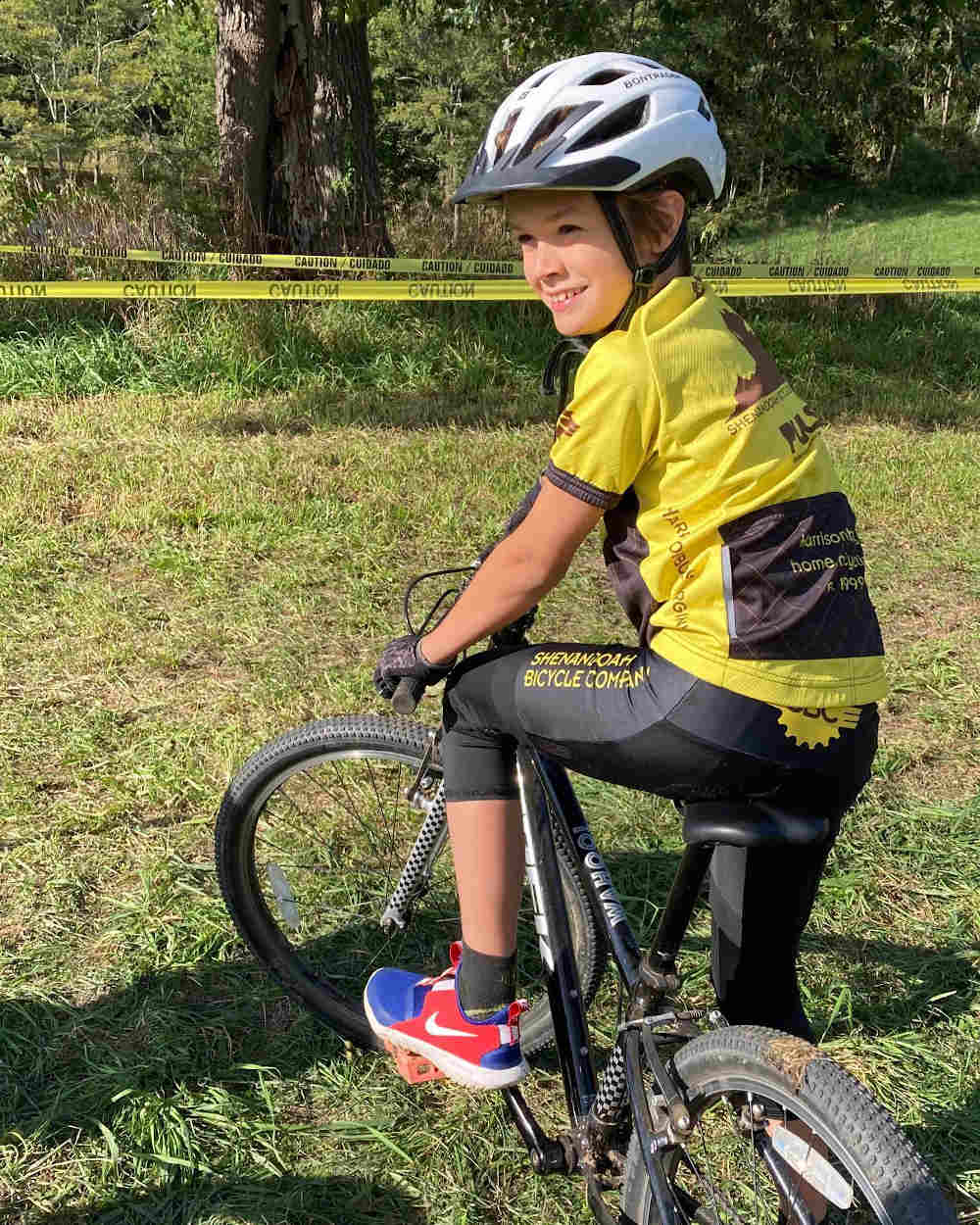 When race time came and after much strategizing between the two brothers, the decision was made for Ethan to be the kick off for our team. Thinking I would be next was a mistake, for there was no holding back Carter’s excitement, he “had to go next”. For the next few hours, my afternoon involved sitting in the lawn chair encouraging riders, enjoying conversation and watching my boys taking turns conquering the 5 mile loop. The time was right for me to sit in a lawn chair and watch history unfold. When it was finally my turn to ride and the baton, or wrist band in this case, was swapped, I got transformed into a competitive junkie from the past. For me the competition is within, pushing myself to my limits and encouraging others to do the same.

As we watched the sun begin to set from one of the prettiest spots in the Valley just above Hensley’s Pond, riders began equipping their bikes with illumination tools. Night riding has changed a lot in the past 25 years. Today’s technology has removed some of the surprises and tunnel vision that used to come with your night lap in the 90’s, the 50/50 chance of your light lasting your lap has been replaced with thousands of lumens packed in small self contained sticks. No more duck tape, flashlights and the constant turning off of your light to save your system. I know this technology helps any parent send their child into the darkness of night riding.

After a majority of riders and support folks left to the warmth of their home, a few of us huddled around the fire pit. Stories told, beverages drank and the feeling that we just experienced the start of the new Harrisonburg tradition grew inside. Next year, maybe my kids will stick around late enough to hear some stupid tales of 24 hours of Canaan.

Hope to see you and your family next year for a Deja Vu weekend.

Thank you Laird and Dusty!

Thank you Massanutten Four Season Resort for supporting the Harrisonburg Community with access to the Western Slope! 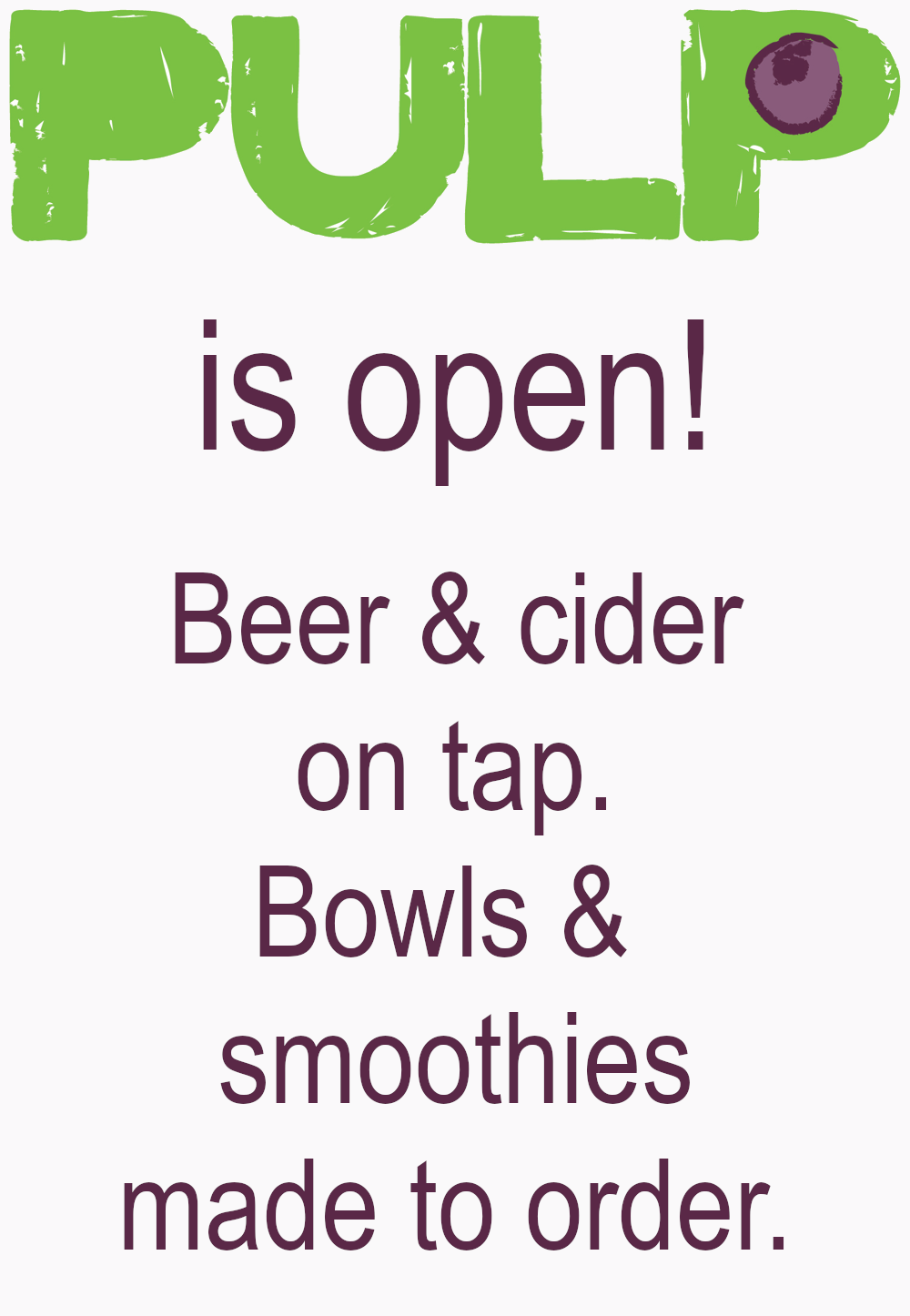